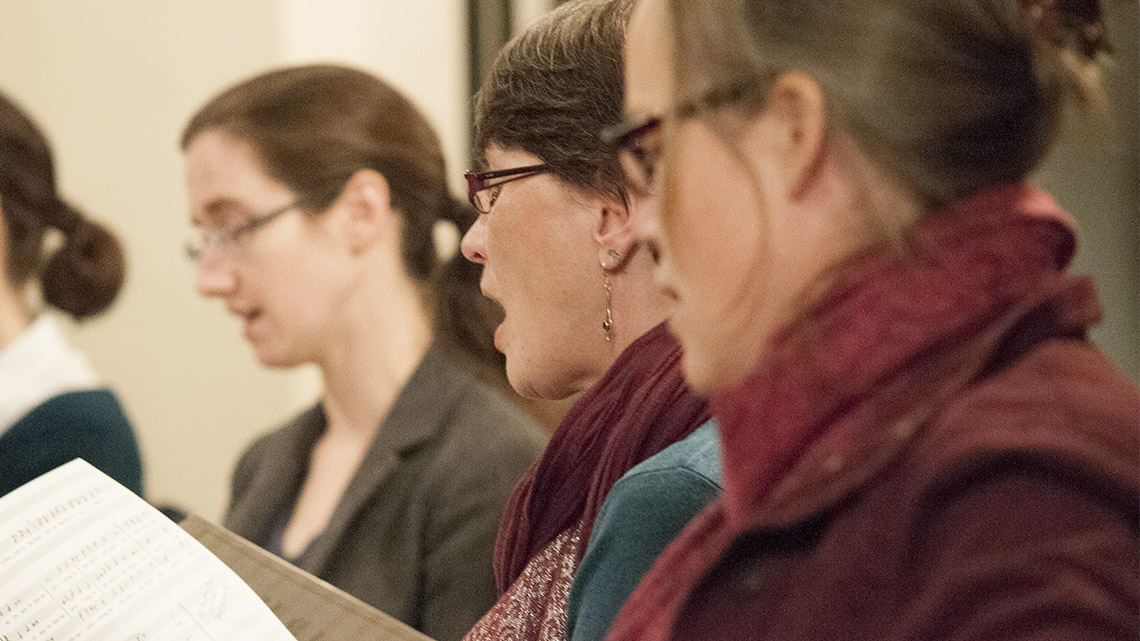 The Choir at St. Barnabas is a mixed (SATB) ensemble of 18 to 20 singers, who are highly motivated with excellent music skills, and is composed almost entirely of volunteers from several denominations who are, necessarily, sympathetic to the Anglican tradition. They maintain a large repertoire drawn from the rich treasury of liturgical choral music, including Gregorian chant, Renaissance polyphony (mass and motet settings by Palestrina, Byrd, Victoria, Lassus, et al.) and contemporary works (by Howells, Rutter, Willan, Gjeilo, Ešenvalds, Smith, et al.). The Choir was pleased to win first prize in the Liturgical Choir category of the National Choral Competition, 2010, co-sponsored by the Association of Canadian Choral Communities (ACCC) and CBC/Radio Canada, and they released their latest CD, Exsultate Deo, in November, 2012. A limited number of spaces become available from time to time for extra singers. Strong sight-reading skills and the ability to blend with other voices are essential. If you are interested in joining the Choir, please contact the Organist and Choirmaster to arrange an interview. Financial assistance for voice lessons is available.

The Choir sings at Solemn High Mass each Sunday at 10:30 a.m. during the choir season (which runs from the second week of September until mid-June), and at Solemn Evensong and Benediction at 7:00 p.m. on the second Sunday of the month in February, March/April, May, October, and November. In December, Evensong is replaced by the Advent Carol Service on the second Sunday. The Choir also sings at a limited number of feast days on weeknights throughout the year (Christmas Eve, Ash Wednesday), and at the principal liturgies of Holy Week (Tenebrae, Maundy Thursday, Good Friday and Holy Saturday). There are several Sundays during the season when there is no choir. Occasional visits to other churches, concerts and recordings round out the schedule. Rehearsals are on Thursday evenings from 7:00 to 8:30 p.m., and an hour before each service.